Indian Society of Labour Economics was founded in 1957 by a distinguished group of academicians and public intellectuals engaged in promoting the study of labour and industrial relations. The group was headed by the ex-President of India Shri V.V. Giri and comprised of some of the biggest names in academia.
Over the years ISLE has organised and hosted several workshops, seminars and training programmes to this end – the most prominant of these, the ISLE Annual conference has been held in an unbroken chain for the last 60 years.
ISLE also brings out the much respected Indian Journal of Labour Economics and brings out numerous other publications related to the study of Labour Economics. 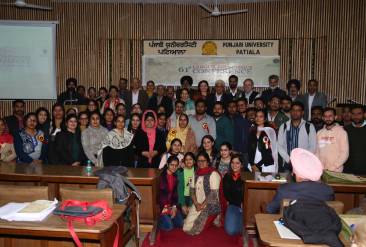 The Indian Society of Labour Economics (ISLE) annual conference is a unique occasion of bonhomie, camaraderie and sharing of knowledge and experiences, which all the members of the Society eagerly look forward… +

This volume, in memory of Preet Rustagi and Varsha Joshi, brings together some of their writings on child labour, along with reflections by some of their colleagues, as also by Preet’s husband and Varsha’s daughter. A key point in Preet’s analysis is that of the importance of including those children, mainly girls, who are neither at school nor in employment, as being part of child labour carrying out unpaid care work. Varsha’s contribution stresses the importance of dealing with not just the demand for child labour from enterprises but also ending the supply of child labour from poor and vulnerable households.